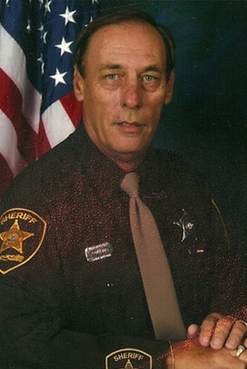 My father, known to his friends and family as Kenny, was born in Logan, West Virginia and was the son of the late Edgar and Frances Collins. He was a retired Master Deputy with the Chesapeake Sheriff's Department. Kenny is survived by his beloved wife of 7 years, Lois V. Collins; a sister, Lanna DeVites and husband John of Zuni, VA; 4 sons, Benjamin M. Collins and fiancée Samantha of Williamsburg, VA, Kenneth Collins and wife Kelly of Portsmouth, VA, Brian Seabold and wife Kelly of Chesapeake, VA, and George Seabold and wife Terri of Elizabeth City, North Carolina; a daughter, Lisa Berger and husband Keith Berger of VA Beach, VA; and 6 grandchildren, Marcus, Zachery, Grayson, Bryson, Jacob, and Trey. 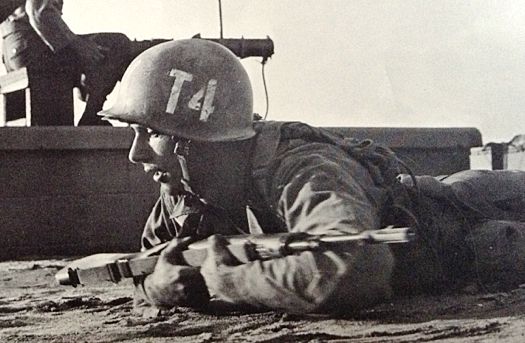 I am not sure when my father's parents moved from West Virginia, but my Dad did grow up here locally in the Hodges Manor section of Portsmouth, Virginia - right next to Elizabeth Manor Golf & Country Club. Dad graduated from Portsmouth High School with the class of 1965. He was drafted into the US Army and trained at Fort Jackson, South Carolina. 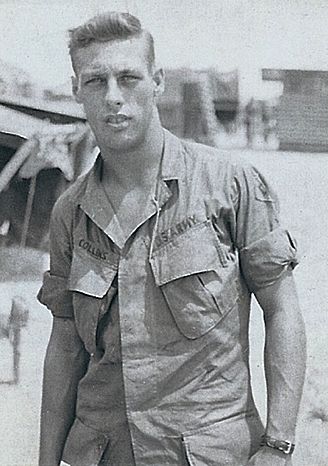 Dad, served two years in Vietnam from 1966 to 1968. Like most veterans, he never talked about his service. After he passed, I decided to use DD 214 to order replacement decorations. Thankfully, the Medals Of America company put in a rush order for me so we could decorate his uniform for the memorial service. He also saved his short-timers stick and jacket with hand sew patches and lettering. The text on the back of the jacket says "I am certain to go to Heaven because I spent my time in Hell."

Shortly after serving in the Army, my Dad joined the Portsmouth Police Department where he served till mid 1974, a few years after I was born. During his time there he became a Detective, State Arson investigator, and served on the bomb squad. His detective work focused on the narcotics division and he served much of that time undercover. 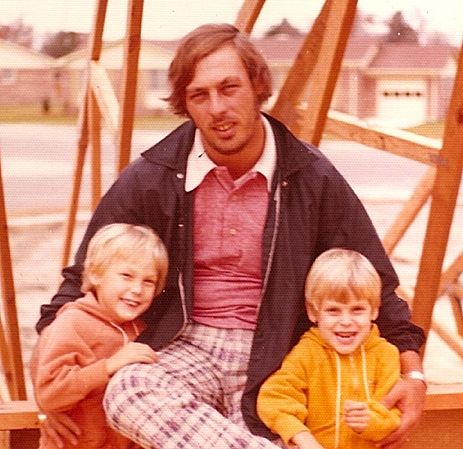 I have numerous family photos with my Dad sporting pot leafs on his shirt or a nice Budweiser cap. After he passed, I finally found a copy of his resignation letter with the force where he quoted salary and the need to be more of a "family man".

After resigning from the force, Dad started a private investigation company with a long time friend, Ken Riddleberger. It was aptly named Double K Incorporated and they primarily handled arson and insurance fraud cases. Dad did this till the late 80's. I really believe he thought of himself as Magnum PI. Often he would wake up in the morning and drive around calling out on the CB Radio till his partner Ken Riddleberger woke up and did the same. They would promptly head towards a local Texaco station where they would play Ms. PacMan while they discussed their case load.

Because investigation work often required a lot of travel, Dad eventually got a desk job as head of security at the Portsmouth Naval Base and eventually came back to law enforcement with the Chesapeake Sheriff's office. I am very proud of my father's service and work. Below are some shadow boxes I made to commemorate his service. 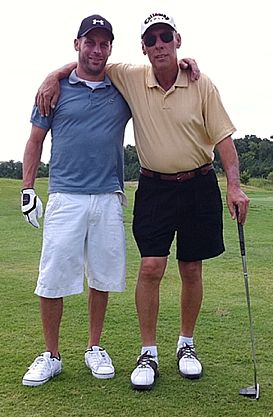 Dad was an avid golfer! I mean really, he played every spare moment he could and passed the love of the game to both my brother and myself. We owned our first set of clubs at the age of 9 after Dad won a tournament at Bide-A-Wee golf course. Dad loved the game so much, the family opened up a small golf shop in Chesapeake called Links Golf Shop. Ben and I even attended the GolfWorks school for club manufacture and repair in Newark, OH.

Golf was not our only sport. For some reason Dad made me and my brother try our luck with many others. We played basketball, football, and baseball. Most years we played baseball and even though we both sucked and never had more than a 0 batting average, Dad was there for us and helped coach all of our teams. 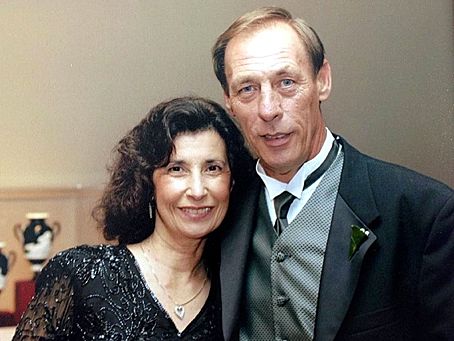 After getting divorced in 1991, my Dad eventually remarried in July 2006 to Lois V. Collins. Dad and Lois met at a Parents Without Partners (PWP) group and dated for some time. Lois is a real class act and took care of my Dad during his last few years while battling lung cancer. I can not count the number of times she would drive them both to his favorite destinations or other out of state trips. Lois will always be a Collins and is family to me. I love her dearly. 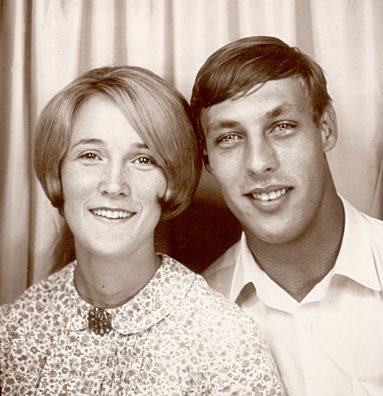 My Mom, Linda Campbell - now remarried, recently told this story to my Brother and myself and I hope she does not mind sharing it here.

Your Dad and I must have been in junior high school, you know the age where you are scared and everything embarrasses you and you know if you do anything, it will be wrong? I remember feeling especially confident though because I had on an ironed white shirt and a brand new pair of Bermuda shorts that my mom had sewn for me. I was Sandra Dee and – well, we didn't really know each other or hang out at the time but we were with a bunch of neighborhood kids all hanging around on a hot summer day with nothing to do.

As it was back then, kids didn't hang out inside so we were all standing and sitting on a friends chain link fence and being shy about the opposite sex. I was one of the kids on the fence, don't know why, because the wire went above the top pipe bar and was not very comfortable at all to sit on. The kids generally agree to go beg something cold to drink from one of the mothers – mothers were always home back then, just like June Cleaver. So, I jumped down from the fence.

Uh-oh, my feet hit the ground, but most of my brand new Bermuda shorts were still attached to the wicked fence. Standing there in my white cotton undies and very little of my shorts, I wanted to crawl under the fence. Everyone was laughing and making fun – everyone but your Dad. He calmly went to the clothes line and pulled down an ironing board cover that had dried in the sunlight and approached me with his head turned sideways, and his arms spread wide, holding the ironing board cover for me like a mother holding a towel for a wet toddler emerging from the bathtub.

We didn't cross paths again until after graduation, when he worked at James' Texaco. I had just gotten my new spiffy, metallic blue Corvair with 4 in the floor and was gassing up at his station, trying to look prim and proper. He never mentioned the shorts eating fence until later but when he asked me on a date, I remembered his gallantry from many years earlier.

The Collins family has always been close, despite long durations without seeing one another. Often times I went weeks without checking in on my immediate family. The great part about family is that you can always pick up right where you left off. Time has no meaning. But with my Dad's passing, I will really miss that next time when I want to call and talk to him.