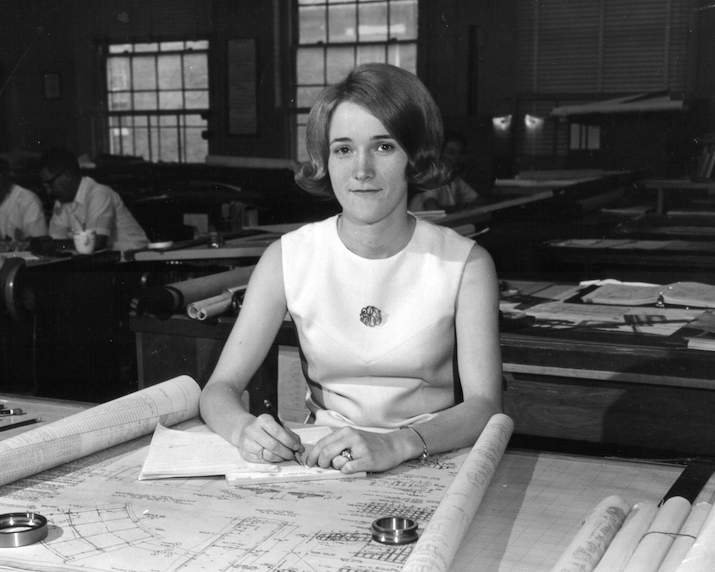 As a white male in the computer industry, I have never felt like I could add value to the conversations that call for diversity and respect to all those that share the same passions I do. Instead, since teaching myself to program several years ago, I have worked very hard to openly advocate the love I have for software development through our local @757rb user group and whomever would give me a platform to do so. Never murmuring a comment that came close to gender related.

However, today, I really felt compelled to share something that only recently occurred to me. I owe my entire career path and love of computers to my Mom. In fact, the more I think about it – she is my primary "you can do anything" influence that nurtured both my creative thinking and technical know how. 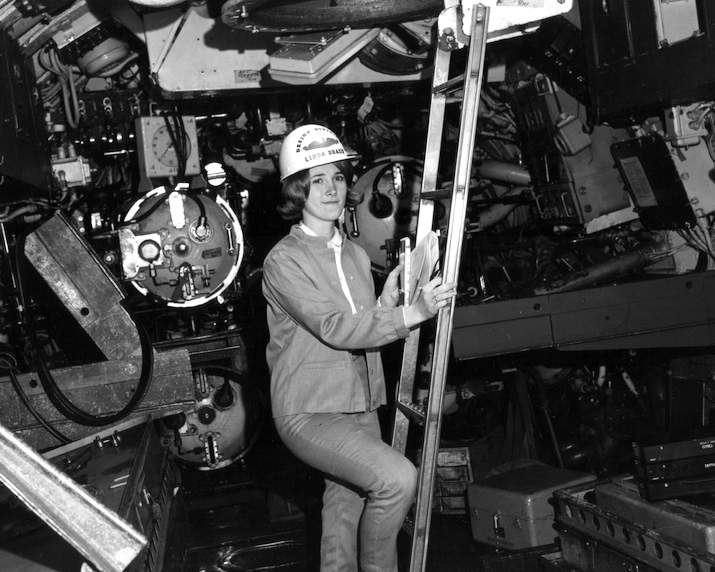 So let me introduce you to my Mom and share a bit of her story which seems to strike a chord even today. These photos are her working at the Norfolk Naval Shipyard here in Portsmouth, Virginia. Most everyone knows that during WWII there were many women working in places like the Shipyard doing jobs only men would do. After the war, there were little or no women I am told working in these positions. My Mom was the first female apprentice to join their ranks again on October 3rd 1965 and she was gunning for a position only the guys had.

I talked to my Mom today about women in software and she was kind enough to share a few of her personal stories with me. For example, unlike most girls her age, she took 4 years of mechanical drawing in High School. And being the only girl in the class, the teacher used to send her to the office on errands so he could chum up and tell dirty jokes to the boys. She also told me that even after successfully completing the apprenticeship program at the Shipyard and being promoted to the design division, that guys would ask her out just to test if she was a lesbian or not.

To be honest, it never occurred to me that these and many other things debased her experiences. She told me the hardest thing about being a woman in a male dominated career was that most interactions were polarized. In one group, her male counterparts would be overly helpful. In the other, overly negative or outright trying to sabotage her work. Nothing ever felt "normal". And I guess that is my biggest take away and source of empathy.

So despite her troubles, my Mom has and always will be successful. She exposed me and my twin Brother to as many different things as possible. She taught us how to draw, how to build things, and how to believe in ourselves. From skiing to firewalking and everything in between, she wanted us to learn and do. But most of all, her love of computers affected me the most.

To this day I joke that she loved her computer way too much. I have fond memories of the 1986 Mac Plus getting a front seat in the Dodge Caravan (with a seat belt) while I and my Brother had to ride in the back. Before then, she used to turn the house into a social software copy party and we spent family time notching disks before the guests would arrive.

In closing, many thanks to my Mom for allowing me to share her story with you all. I am forever grateful to her teaching me that I can do anything I want and exposing me to computers and many other things. Maybe this is not uncommon? Maybe many more male software developers owe many things to a strong matriarchal influence? That would be really neat and I'd love to hear your story about it. Thanks for reading mine.